The Letter Hei (ה) In the Hebrew Alphabet

The Hebrew letter Hei is the fifth letter in the Hebrew alphabet, as well as a number of other Semitic language’s alphabets. Through the ancient Phoenician language, the letter Hei actually became the modern letter “E” in the English and Latin alphabets. The original meaning of the letter Hei is shrouded in mystery as it has been interpreted as everything from “thread” to “fence” to “window” in ancient Semitic languages. Nonetheless, it has an extremely interesting story in terms of both its practical usage in the Hebrew language and its deeper numerical and spiritual meanings.

In the Modern Hebrew language, the letter Hei can be used for a variety of purposes. Most commonly, the letter means “the” when attached to the beginning of a word. Thus, for example, “yeled” (ילד) simply means “boy”, but when we place a Hei in front of the noun, we get “hayeled” (הילד), which means “the boy.” The Hei can also change the meaning of a sentence into a question when attached to the beginning of certain words. For example, “yadata” (ידעת) means “you knew,” but when we place a Hei in front, we get “hayadata” (הידעת), meaning “did you know?”
At the end of a word, Hei often indicates that the word is feminine (although not always) and it can also indicate movement towards something, such that “tzafon” (צפון) means “North,” while we get “tzafona” (צפונה) by adding a Hei to end of the word and we subtly change its meaning to “towards the North.”

Spiritually, the letter Hei has many different aspects. It has a numerical value of five and thus represents the five fingers, the five senses, and the five dimensions, in addition to the five levels of the soul which are detailed in Kabbalistic teachings. The letter Hei is also often used instead of writing out one of the most common names used for G-d. Overall, we see that the letter Hei not only possesses many practical uses in the Hebrew language, but it also has great power associated with it in the spiritual realm. 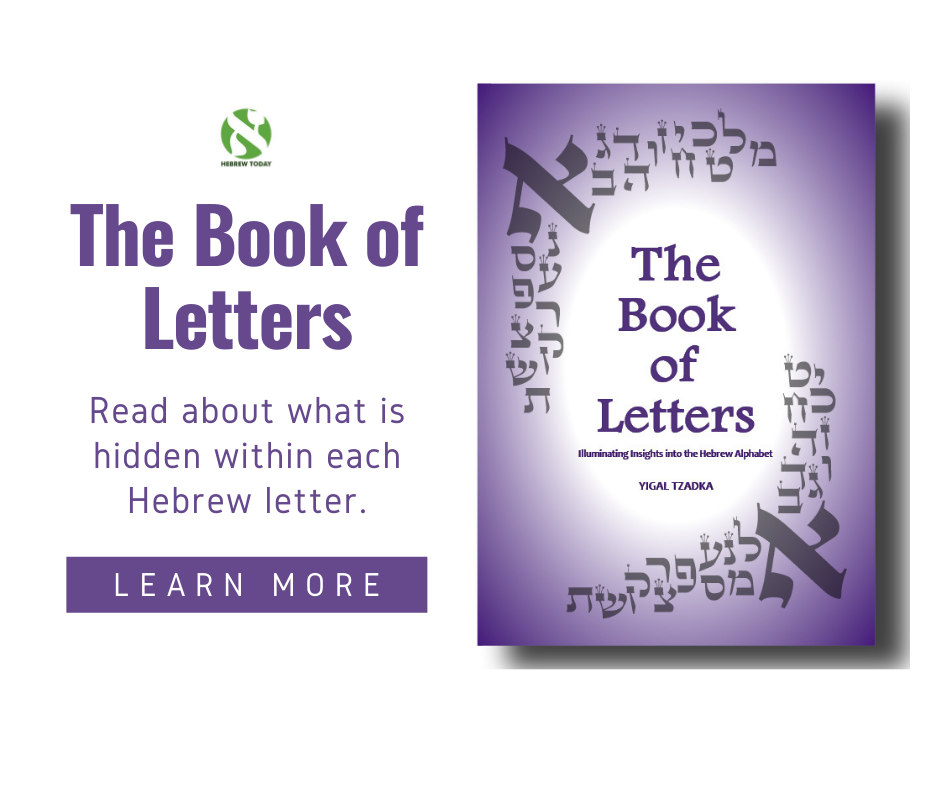 Read about the letter Vav ו