The Hebrew language is considered one of the most adaptive languages in the world. From an ancient language that few knew, and even fewer spoke, it had become a language that more and more people speak.

Actually, at the beginning of the 20th Century, Eliezer Ben-Yehuda decided to revitalize the Hebrew language. Until then, Modern Hebrew was basically not spoken. He taught Hebrew to his family members. He then taught Hebrew to more families and very slowly it become a language that was more and more common. Now it’s the official language of the State of Israel. 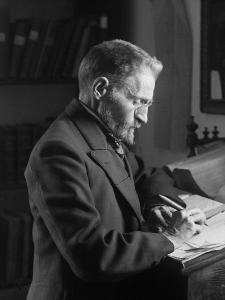 Nowadays, many both within is Israel and abroad learn Hebrew.

Should you learn Biblical or modern Hebrew?

The fact, that there isn’t a major difference between Biblical Hebrew and Modern Hebrew is quite amazing. A language created thousands of years ago is still strongly connected to the language and culture of today.

This is such that a person who wants to learn Biblical Hebrew, for example, could certainly start by learning Modern Hebrew and then learn the grammatical difference between the two and understand Biblical Hebrew easily.

Learning Hebrew is one of the most interesting things that there is to learn.

For example, words that are connected are often built from the same root letters, which provides studying Hebrew a unique pleasure.

Want to enjoy this special language?